The Muonde Team has long given detailed attention to how women manage their domestic space and deliver welfare to their families. Community action-researchers have monitored food, health, sanitation and water use since the 1980s, helping the community to understand the determinants of wellbeing and to adapt accordingly. For example, Muonde researchers found that domestic water use per person per day nearly doubled between 1986 and 2010, while the availability of potable borehole water to households has risen from zero in 1975 and 10% in 1987 to 70-80% in the 1990s before declining in the 2000s to around 60% because the maintenance teams trained when Muonde Trust’s Director was the elected Councillor of the area could no longer source spare parts for aging wells (that were mostly dug after the drought in 1992 when water became desperately short). (Muonde has worked to tackle this too in recent years.) But it is not just quantity and source quality that have been transformed: women have also learned to store good quantities in their kitchens without contamination, and in response to the cholera scares of the last decades some have even developed tap systems to further ensure purity.

Likewise women have enhanced the hygiene and attractiveness of their general storage space – developing beautiful “displays” in their kitchens with shelves made of shaped clay to support the plates and cups they often buy with sales of their groundnuts and nyimo. 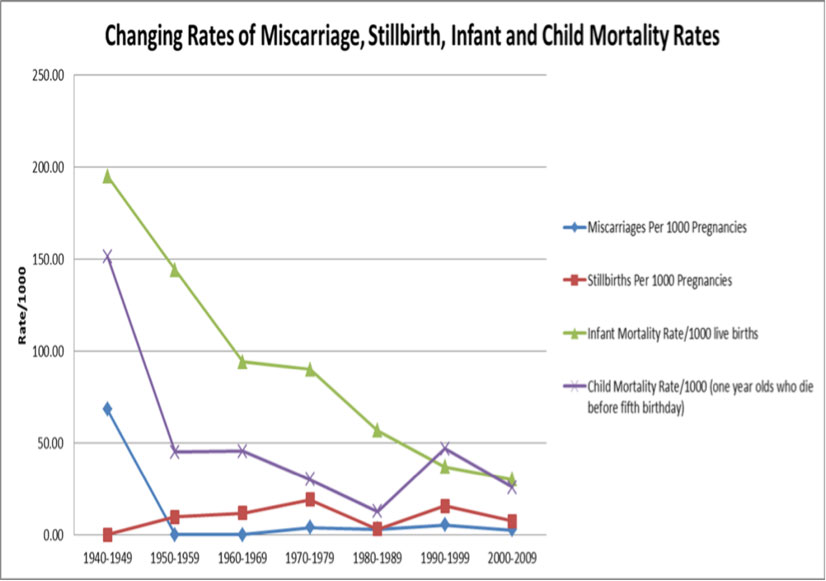 When the Muonde Team reported back to the community the remarkable reductions in infant and child mortality achieved in recent decades, including the last two decades with the AIDS epidemic (not surprisingly there was initially an increase in child mortality) is was MaiPatience who pointed out that one reason for this was the reduction in respiratory infections, a major cause of death in small children and of morbidity in families, which she attributed to less exposure to cooking and heating smoke.

According to MaiPatience and others in Mazvihwa this reduction reflected mainly improvements in domestic architecture. Kitchens were larger and better ventilated so that the smoke accumulated less; meanwhile there were more rooms for sleeping and more frequent blankets while the number of pregnancies per woman as measured by the Muonde Team had reduced from over eight in 1980 to four in 2010 for women completing their reproductive lives. This meant that the proportion of households in which some members were sleeping in the kitchen with a fire to keep warm at night had fallen from nearly two thirds to just under 20% between 1986 and 2010, by which time only 10% of the population did so. The smoke from cooking fires, she and others had concluded, was not just a comfort issue, it really mattered for health.

This realization was encouraging a great deal of further innovation by women in Mazvihwa to reduce exposure to cooking smoke. While many international efforts are approaching this from the point of view of engineering stoves and their fuels, Mazvihwa’s women innovators instead focused on the much more amenable arena of kitchen architecture. Many were exploring chimneys, and yet while these help no design yet has proven decisive. Instead what was crucial was ventilation.

Simply having a well-designed kitchen with adequate cross-drafts, like the one below, can make a very big difference, some smoke being valuable for preserving thatch, seeds and other items neatly stuffed in the roof above.

More important, however, was the development of the “choto” or outside fireplace, where smoke disperses immediately and where even some rudimentary seating and space to place cooking utensils while preparing food can make a very big difference. Further innovations with the choto have included shade for cooking during the day, and structures designed to provide clean spaces for preparing food and locations for setting water and light. This is all part of transforming the way in which modernization in these villages has focused on large square box houses with little regard to the way this indigenous community likes to actually use space which is typically in the shaded outdoors during the day, or in sunny spots on winter mornings, with internal spaces reserved for times of rain, cold or sleeping.

Other innovations among the women of Mazvihwa have focused on domestic water use and particularly in creating workspaces for washing pots and dishes that are simultaneously more comfortable and better designed for work flow, while at the same time delivering the precious waste grey water to orchards or other plant use.

The women of the Muonde domestic architecture team are all people who have experimented with these kinds of innovations themselves and they hold workshops and home visits to encourage others. They are also great fun and no-one more than Mai Jabu, pictured here, who is also a Lutheran Church elder, and a composer of many of most popular songs about Muonde’s work.